How beer is made

The main raw material used to make mykulynets beer is malt made on our own malt.

For making malt, we use the best brewery of barley. Barley is grown on the own farms of Sidorov “Brovar”, Laskivka “Brovar”, which are in the territory of our region.

The technological process of making light malt consists of the following stages:

An important stage in the preparation of malt is to soak barley. As soon as enough water enters the grain, the embryo comes to life and the grain begins to sprout. Soaking is carried out with the help of an automated control system on modern equipment. 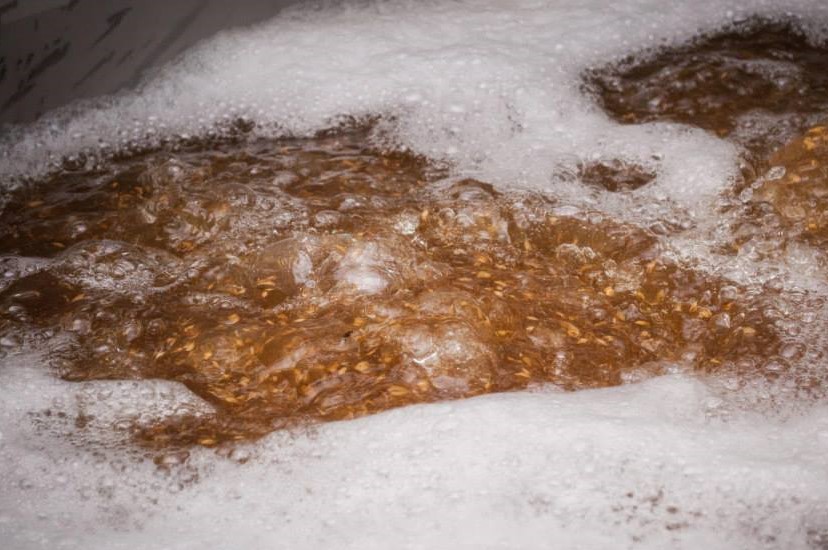 The soaked grain is fed to the stainless sieves of the malt beds for germination. When the grain begins to grow, it breathes, the growth energy is obtained by oxidation, which requires oxygen, air. In the process of breathing carbon dioxide, water vapor and heat are released.

The temperature of germination is regulated by the supply of prepared air, which has the appropriate temperature and 100% moisture.

The main goal of this process is to accumulate enough enzymes in the malt and to break down starch and high molecular weight proteins into simpler connections with the least energy loss.

In order to stop the germination process in the finished green malt, the malt is dried for drying on an LSHA-5 type malt dryer. When dried, the moisture of the malt is reduced to 4%, and thus provides the mechanical and biological suitability of the malt for long storage, forming a characteristic aroma and taste for each type of malt, a certain color is achieved. Specialists of our factory have reconstructed and improved the drying process on the LSHA-5 malt dryer, which allows to obtain malt of excellent quality.

The finished malt should be aged for four weeks. In this case, the malt picks up some moisture, the shell and malt content change. To store the malt, it is filled with special silos. 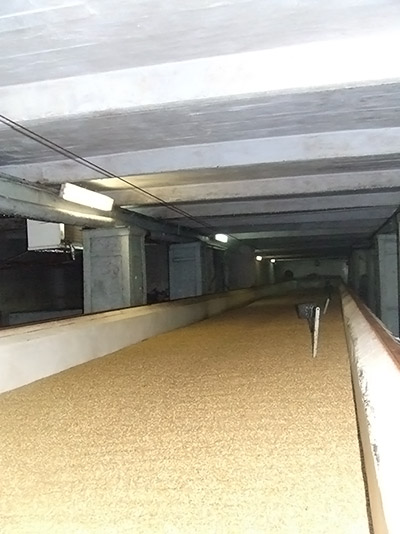 The process of brewing is conducted according to the classic scheme. Raw materials for each type of beer are laid in the brewery.

Finished grain products are crushed on special malt crushers, mixed with water and served in a mash-pit for grinding. Withstanding certain temperature conditions, in order to break down the starch into sugars and soluble substances, a mash is prepared. The taste of beer is formed.

The prepared mash is fed to a filtration vat, where as a result of filtration an aqueous solution of extractive substances, called a wort, is obtained, and a crumb remains in the filtration vat, it is used as livestock feed.

The wort is routed to a pan of the boil, added aromatic hops and boiled to the appropriate density of each beer. When boiling, the bitter and aromatic substances of hops pass into the wort while coagulating proteins.

The end product of boiling is a hot-mouthed wort, sent to a hydrocyclone apparatus for clarification and then to a plate-type refrigerator for cooling to a certain temperature.

The cooled wort enters the cylindrical-conical tanks (CCT), there we dispense the brewer’s yeast and the CCT undergoes the processes of fermentation, fermentation, and maturation of beer. During fermentation, the sugars of the wort are fermented by yeast, resulting in the formation of carbon dioxide, alcohol, during the fermentation is partially clarified beer, a saturation of beer with carbon dioxide, the fermentation of the residues of the extract, the formation of taste and smell, aging at low temperatures. Depending on the type of beer maturing can last from 21 to 120 days. The entire technological process of brewing is carried out through an automated control system. 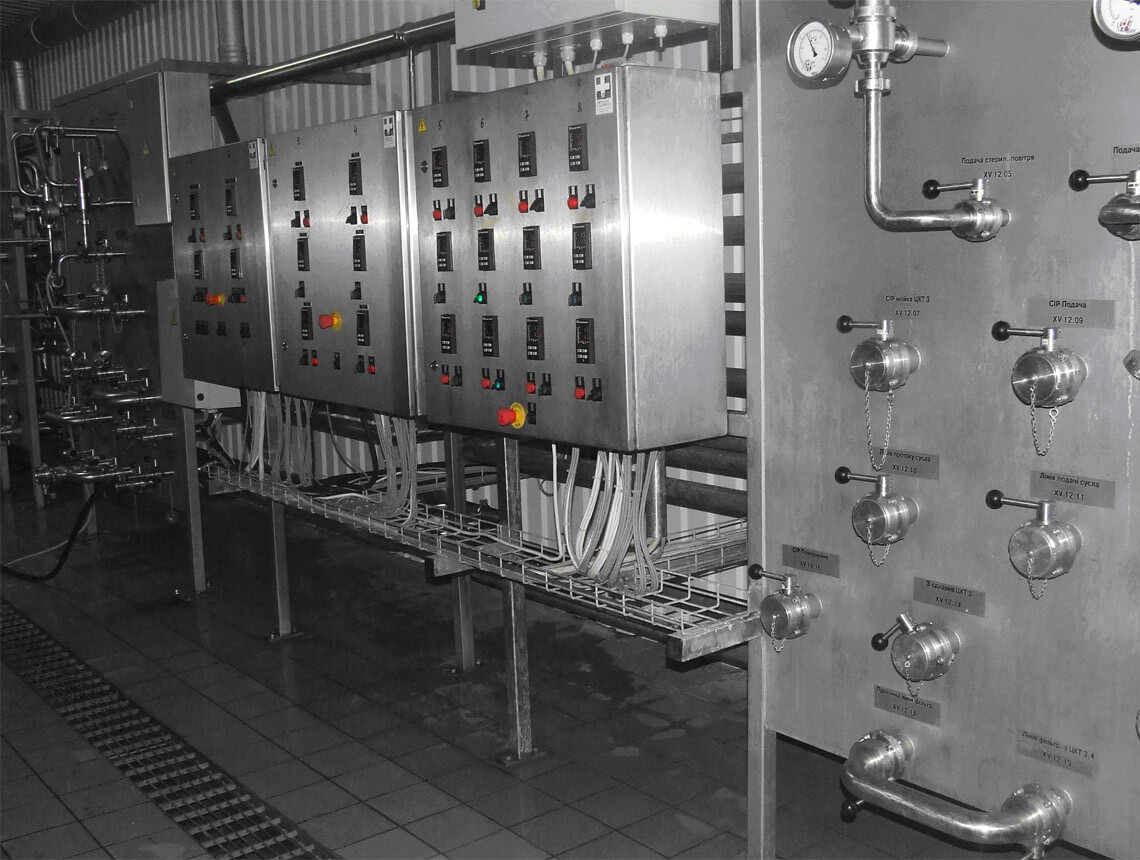 Before bottling the beer is filtered for stability and transparency on the filters, and the filter material is kieselguhr. (natural deposits of diatoms). The filtration separates the yeast and solids formed during fermentation (hop resins, insoluble proteins, and their compounds), and the valuable constituents and nutritional properties of beer are retained. The beer of our enterprise is “live”, unpasteurized, ie it does not pass heat treatment. The main rule of ensuring the stability of beer – ensuring compliance with technological regimes and perfect purity at all stages of beer brewing. In each shop, disassembled wash systems (SIPs) are installed to wash equipment and communications using an automatic control system.

About Filtered beer is served in special containers (forfas) for storage before bottling.

Currently, the company has 5 bottling lines, which can be divided into main areas:

– Bottling of drinking water and soft drinks in glass and PET – bottles. 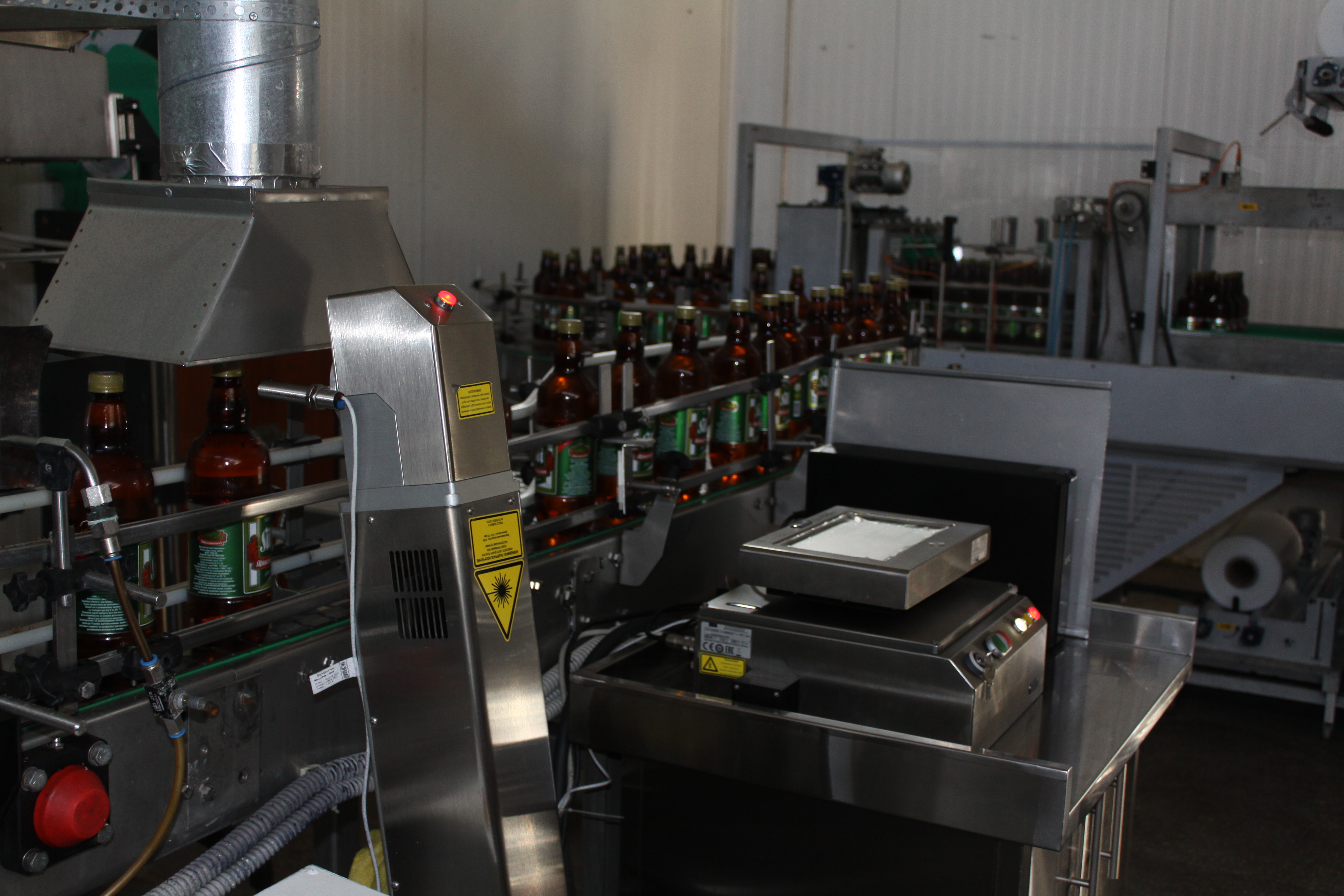