Each beer is unique, has its own history and is developed by our technologists. When making each type of beer, we follow the classic scheme and clear sequence laid down in the recipe.

Kaltenberg Royal Lager
Munich Camp - licensed under the license of Prince Lewitpold von Bayern alcohol 4.6% and density 11....
Kaltenberg Royal Lager - extraordinary
royal camp welded in accordance with
the Bavarian law on beer purity and
family recipes of His Royal
The Highnesses of Prince Lewitpold von Bayern.
Made from selected malt varieties,
selected and approved by the royal
Bavarian brewer. Has a soft, mature appearance
the taste and pleasant bitterness of the hops
Hallertau. Thanks to the long and
thoughtful process of ripening, it is
crystal clear with a rack
fine-grained foam and exquisite
a taste. The initial aroma is fresh and
sweet with cereals and malts
notes followed by fruit and summer honey, with hops on
in the background. Its taste is elegant,
fresh and clean, full and good
balanced with a nice sweet and
bitter bitterness. The aftertaste fades quickly,
without leaving long mustard!
More details

Blanche Orange
Special Grade
Unfiltered. Special beer made with the addition of spices, which include orange.
More details

Blanche Raspberry
Beer with raspberries
Beer is not filtered, with the addition of spices and raspberries
More details

Кoruna Ceska
Mass fraction of solids 12%, strength 4.7% vol.
Beer brewed under licenses of family breweries of Czech brewers.
Koruna Ceska Beer brewed under family brewery licenses from Czech brewers.
It is this beer that has a rich malty taste that harmoniously combines with distinct hop bitterness.
This light beer with rich taste and aroma corresponds to the taste of elite varieties of Czech beer.
Aftertaste: Fades quickly without leaving a long bitterness.
More details

Kaltenberg
Mass fraction of solids - 13.3%, strength 5.1% vol.
The Kaltenber beer produced in Mykulintsi is of the highest quality and fully meets all the qualities of the Bavarian Kaltenberg beer.
Kaltenberg beer is made in Ukraine by Mikulinets brewers LLC Mikulinetsky Brewery, in the Ternopil region under the license of His Royal Highness Prince Lewitpold von Bayern Kaltenberg Brewery in Bavaria.
This beer is made according to the Law on Purity of Beer, issued by the great-grandfather of Prince Lewitpold von Bayern - William IV in 1516. According to this law, beer should be brewed exclusively with malt, water, and hops.
For many centuries, the royal Bavarian family considered it their duty to preserve and maintain the quality of beer in Bavaria. Prince Lewitpold von Bayern follows the traditions of his family, using traditional production techniques and family recipes, and continues to brew royal Bavarian beer at Kaltenberg Castle. His family has been brewing since 1260. And she also ruled Bavaria for 738 years.
The Kaltenberg Brewery in Bavaria, Germany, is home to all royal Bavarian beer. This castle is also the residence of Prince Lewitpold von Bayern, who personally controls the quality of this beer.
The Kaltenber beer produced in Mikulinets is of the highest quality and fully meets all the qualities of the Bavarian Kaltenberg beer. We hope that this worthy beer will find its connoisseurs in Ukraine and abroad.
The name of the Kaltenberg brand comes from its location - Kaltenberg Castle. It is the most popular beer brand among other royal Bavarian brands.
It is this type of Spezial beer that can be considered as the most exclusive variety. This variety was recognized by an international jury led by Roger Protz from Europe - Jeff Evans, USA - Stan Hirodemuzand and Japanese - Brian Harrel, as the best premium lager in the world, among the 230 brands of beer in its category.
Kaltenberg Spezial is a beer worthy of the King, and we describe its characteristics from the perspective of the brewer:
Appearance: Gold color with fine foam.
Aroma: Very thin and pure, slightly yeasty primary taste
Taste: Full
Aftertaste: Fades quickly without leaving a long bitterness.
More details 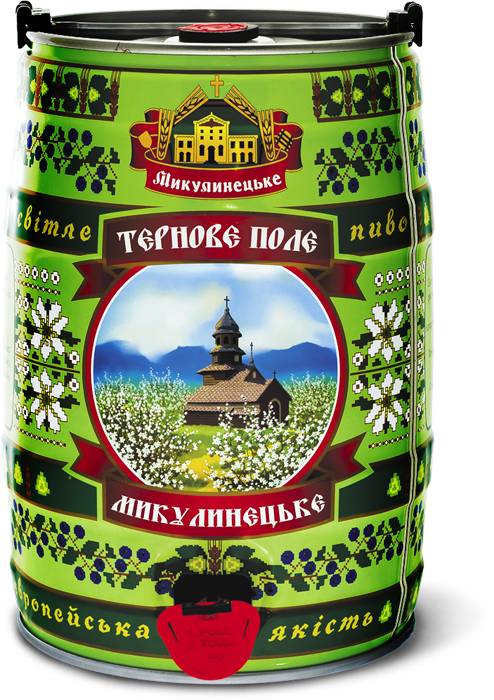 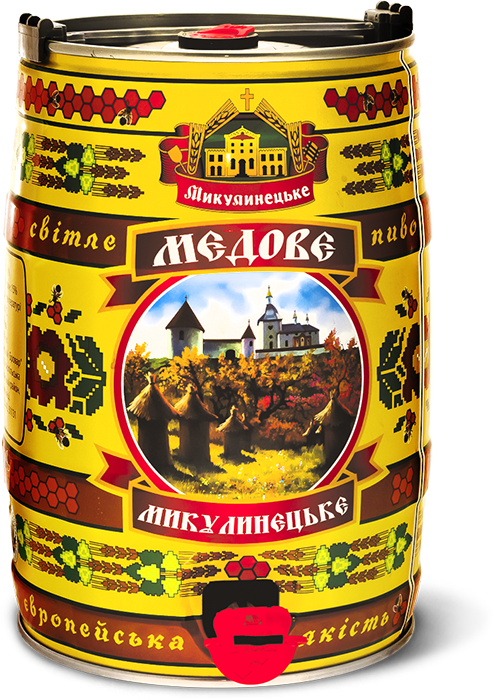 Honey 5l
Mass fraction of solids - 15%, strength - 6% vol.
Special beer with honey.
Light unpasteurized beer is made from pure spring water, barley malt, brewery barley, hops, and honey.
Well, combined raw materials make this beer tasty and enjoyable. It has attracted a large number of fans who positively comment on its taste.
This beer by its taste and useful qualities has taken a worthy place among the elite beers of Ukraine. And it is one of the most popular varieties in our entire range.
More details

Ball
This is an interesting gift for friends, family, and friends.
The ball is filled with "Honey" beer, and before the New Year holidays - "New Year". 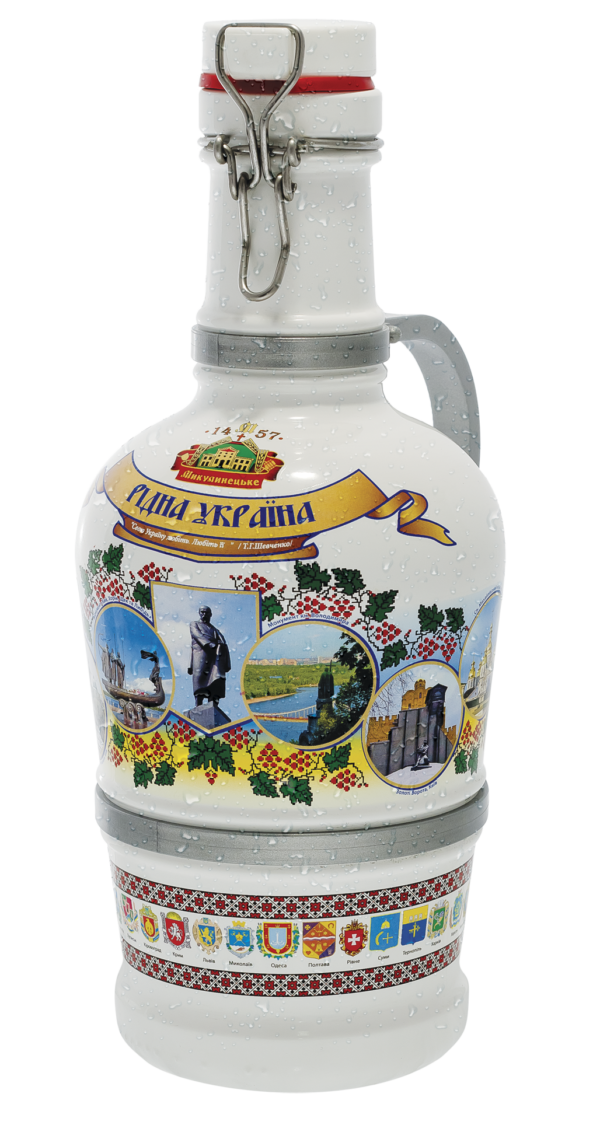 we represent the FIRST Ukrainian whiskey 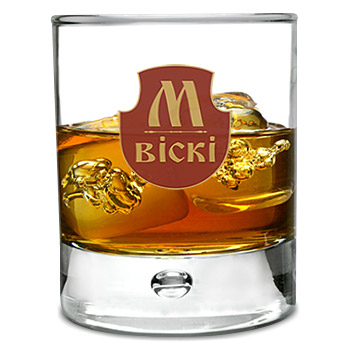